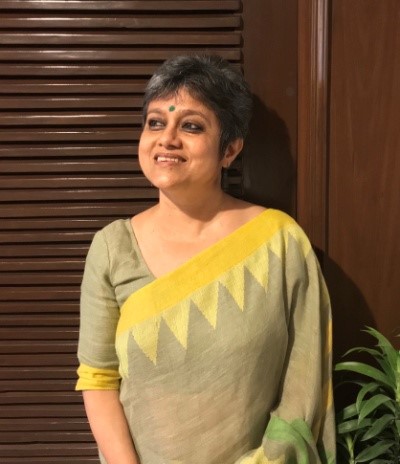 Saswati Sengupta is an Associate Professor of English at Miranda House, Delhi University. Her articles exploring the relations between cultural narratives, history and social and material practices have been presented at international conferences and published in international journals. She has contributed to Goddesses: The Oxford History of Hinduism (2018) and co-edited Towards Freedom: Critical Essays on Rabindranath Tagore’s GhareBaire/Home and the World (Orient Longman, 2007), Revisiting Abhijñānaśākuntalam: Love, Lineage and Language in Kālidāsa’sNāṭaka (Orient Blackswan, 2012) and ‘Bad’ Women of Bombay Films; Studies in Desires and Anxiety (Palgrave Macmillan, 2019). Her latest work is Mutating Goddesses: Bengal’s Laukika Hinduism and Gender Rights (Oxford University Press, forthcoming 2020). Her novel, The Song Seekers (Zubaan and Chicago University Press, 2011) was longlisted for the DSC Award for South Asian Literature and has also been translated into Italian as La Dea Combattente (Elliot, 2013).

Saswati was the recipient of the Charles Wallace Trust grant for research in the UK (2004) and felicitated as a Distinguished Teacher by the University of Delhi in 2009. 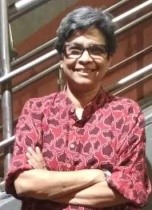 Sharmila Purkayastha is an Associate Professor and is the co-editor of Towards Freedom (2007) and ‘Bad’ Women of Bombay Films (2019) and recipient of Fulbright Postdoctoral fellowship (2016-2017). Her research area is literature and politics in postcolonial India, and she is currently working on women’s prison writings in India. 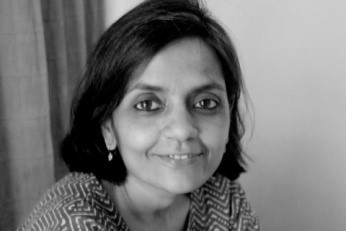 Indira Prasad (Associate Professor) has been teaching since 1990. She is one of the editors of Individual and Society (2006) and Living Literatures (2007). She has served on syllabus revision committees, the latest being the LOCF syllabus introduced in 2019. She was also assigned to review the English Literature syllabus of Ambedkar University, Delhi.

Her PhD on the complete works of a Bhojpuri performance artiste Bhikhari Thakur is an extension of her interest in drama: she has lectured extensively on drama in various colleges of Delhi University, apart from presenting papers at national conferences and seminars. Currently she is serving as an advisor on the board of a research project on theatre registered in the Dept. of English, Delhi University. Her other area of interest is translation. At present, she is engaged in translating Bhikhari Thakur's famous play Bidesia that drew attention to the life of the migrant much before Covid 19 did.

Shampa Roy has published articles on topics ranging from Victorian memsahibs’ writings to postcolonial pedagogy in international journals like Feminist Review, Interventions and Studies in Travel Writing. She has co- edited and contributed to Towards Freedom: Critical Essays on Rabindranath Tagore’s Home and the World (Orient Longman, 2007) and ‘Bad’ Women of Bombay Films (Palgrave Macmillan, US, 2019) and authored Gender and Criminality in Bangla Crime Narratives: Late Nineteenth and Early Twentieth Centuries (Palgrave Macmillan, UK, 2017). Her book In Zenanas and Beyond was published in 2011. In 2020, a chapter titled Coloniality/Decoliniality was published as part of the Routledge Companion to Crime Fiction and a book titled True Crime Writings in Colonial India published by Routledge, UK.

She has been a Visiting Fellow to SOAS, London(June-July, 2016) and at the University of Sussex, UK (May- June, 2019). She has received the Charles Wallace Trust grant for research in the UK twice (2000 and 2008). In 2019 she was awarded the Charles Wallace India Trust Translation Fellowship, a well-established residency programme offered by British Council to one Indian scholar every year to spend time at the University of East Anglia, UK for working on a literary translation project of their choice. 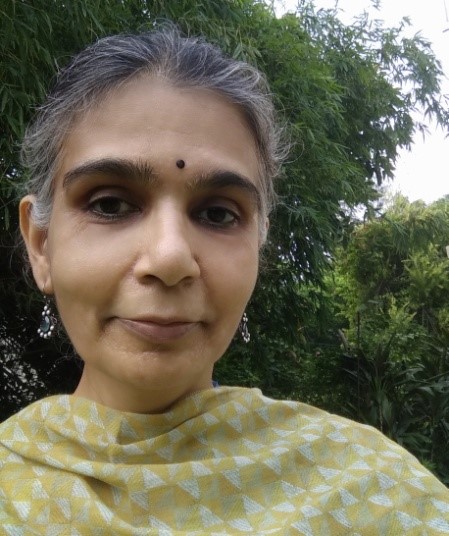 Deepika Tandon is an Associate Professor and the co-editor of Revisiting Abhijnanasakuntalam: Love, Lineage and Language in Kalidasa’s Nataka (Foreword by Romila Thapar), (Orient Blackswan, 2012).  Her article on sanskritization, court dancers and classical pasts has been published in ‘Bad’ Women of Bombay Films: Studies in Desire and Anxiety (Palgrave Macmillan, 2020).  One of her areas of interest is the politics of gender and performance in modern Indian drama and Hindi films. She has been the staff advisor to The Ariels, the Miranda House English Theatre Society, for a large part of her career. She is actively engaged in collective work on democratic rights’ issues. 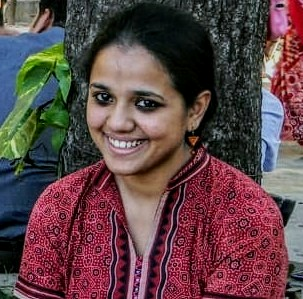 After finishing her undergraduate studies at Presidency College Kolkata, Devjani pursued her higher education at universities in Delhi. For her doctoral dissertation she worked on Bengali Children's Periodicals (1885-1920). During the course of her doctoral studies, she was awarded the Charles Wallace Trust grant for research in the UK (2015).

She has presented papers at national and international conferences. Recently she was invited to deliver a talk on Translation and Bengali Children's Literature at an international webinar on nuances of translation in India. Her most recent work has been recognised by Sahapedia, an online repository of arts, cultures and heritage of India and the publication of the same is in process. Devjani regularly writes opinion pieces on various aspects of higher education which have appeared in leading news portals like The Wire, ORF Online and Delhi Post.

Recently she has been appointed as member of the Review Panel for "Children First- Journal on Children's Lives"- an initiative of Delhi Commision for Protection of Child Rights ( DCPCR).

Her areas of interest include children's literature, nationalism, print culture in India and museum studies. 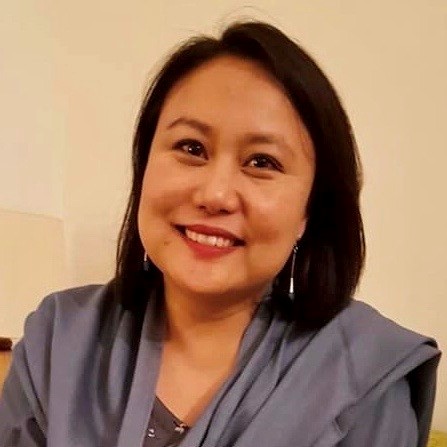 Senganglu Thaimei did her higher studies in Delhi. Her Ph.D thesis is on The Oral Tradition of the Rongmei People from English Department (DU). She had worked under Delhi University Research and Development projects that involved archiving, transcribing/transliterating and translating of Zeliangrong oral narratives, songs and proverbs. She was also involved extensively in collection of Rongmei literature in print. She has written and directed Gaan-Ngai, a documentary film on a major festival of the Rongmeis of Manipur produced by Centre for Academic Translation and Archiving, DU. An exhibition of her collection of rare books was held at English Department, DU.

She has read papers in workshops, conferences of American Folklore Society in Baltimore and Minneapolis, national and international conferences in Delhi University, Jamia Milia Islamia University, Ambedkar University, National Law University with topics ranging from identity construction, travel writing to folk cultures, print culture of tribal languages and tribal religion. She is currently working on illustrating stories, a picture book and translating a play from Rongmei to English. 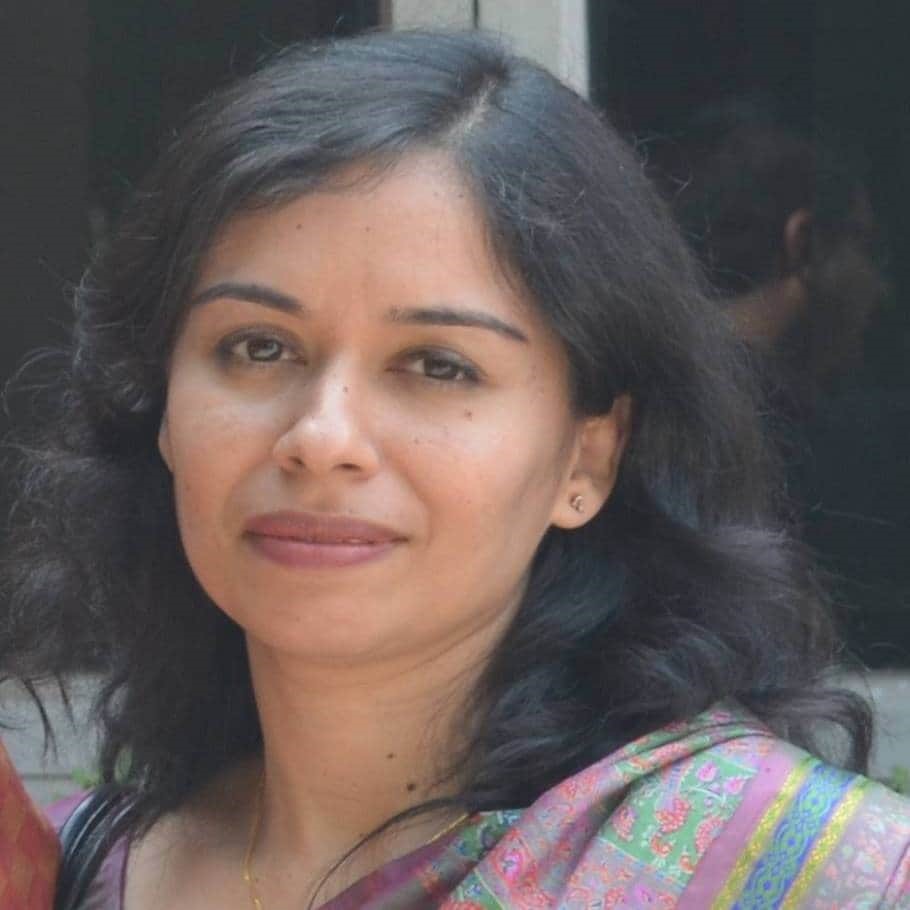 Meera Sagar is an Assistant Professor. Her areas of interest are 20th century poetry, theory of music and literary translation. Her translation of a children's story by Stephanie Benson from French to English was awarded first prize at a translation competition organized by the Alliance Française de Delhi in 2004. She is currently working on a translation from Hindi of a story by Agyeya. She has contributed to Revisiting Abhijñānaśākuntalam: Love, Lineage and Language in Kālidāsa’s Nāṭaka (Orient Blackswan, 2011). Her poems have been published in journals such as The Four Quarters Magazine, Muse India and Best Indian Poetry.

Parul Bhardwaj is an assistant professor. She has a PhD in Literature from the University of Mumbai, on the topic Partition Narratives: Researching History in the Mirror of Fiction. She specializes in Partition and Postcolonial Literatures in English, Urdu, and Hindi. She also has a Post Graduate Diploma in Applied Linguistics from SNDT Women’s University, Mumbai, and an Advanced Diploma in Urdu language from the University of Mumbai. Her other areas of academic interest are pre-colonial literatures in Urdu and Hindi, Mainstream Indian Cinema, Translation Studies, Drama and Theatre.

She has studied several languages and writes in both English and Hindi. Her articles have been published in English, Hindi and Urdu literary journals. She has contributed a chapter to the book Revisiting Abhijnansakuntalam: Love, Lineage and Language in Kalidasa’s Natak published by Orient Black Swan Pvt. Ltd. New Delhi. She has presented papers at several national and international conferences and seminars. 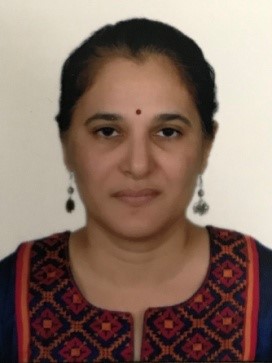 Shweta Sachdeva Jha is an Assistant Professor whose areas of interest are vernacular literature, women's history, children's picture books, genre fiction studies and graphic fiction. She was awarded the Felix Scholarship to study History for her PhD at the School of Oriental and African Studies, University of London (2004-2008). She has presented papers at workshops, national seminars and international conferences at Jamia Millia Islamia University, University of Warwick, Australian National University, University of Tokyo and University of Chicago to name a few. She was a Max Planck India Fellow at the Max Planck Institute for Human Development, Berlin in 2009. She was the Principal Investigator for an interdisciplinary project on Children's Picture Books in India: Rethinking History, Storytellling and Pedagogy which was funded by the DU Innovations Grant (2015-16).

She was a Member, Committee of Courses (2019), Department of English which was involved in Under-Graduate Curriculum Revision of Courses, University of Delhi (2019). She has been part of several administrative and cultural committees in College since 2009. Recently, she was awarded the Amba Wadia Fellowship (2019-20) established by the SNDT Women's University to preserve the photographic history of Miranda House, the project is currently on hold due to the Pandemic.

Her publications include articles in journals such as African and Asia Studies, book chapters in edited volumes such as Anshu Malhotra and Siobhan Lambert Hurley eds.Speaking of the Self: Gender, Performance and Autobiography in South Asia (Duke University Press, 2015) and Manju Jain ed. Narratives of Indian Cinema (Delhi: Primus Books, 2009). Her forthcoming publications include research on Urdu romance and gothic fiction, children's picture books and neglected histories of poetry by the tawa'if.

Jenny Rowena has done her PhD on popular cinema in Malayalam. Her other areas of interest are caste, gender and Indian secularism. She has published a book on Malayalam cinema titled, Themmadikalum Thamburakanmaarum: Malayala Cinemayum Aanathangalm, with the Subject and Language Press, Kottayam, Kerala. 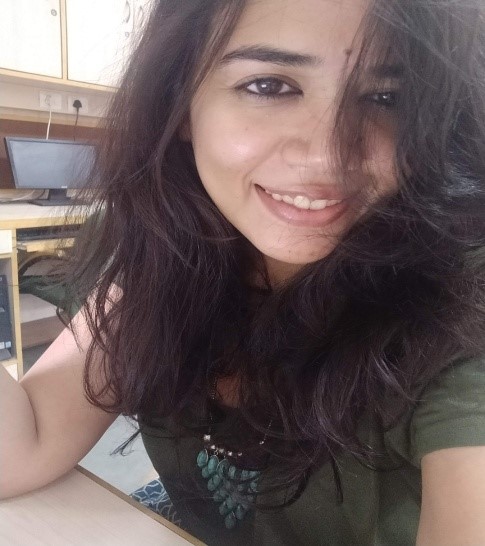 Gorvika Rao is an Assistant Professor with an experience of more than eight years in UG-PG (Undergraduate-Postgraduate) teaching. Her areas of interest are Dalit studies, Gender studies, Comic/Graphic studies, Cyber studies and Drama studies. She believes in exploring new areas in interdisciplinary studies and has many certificates to her credit from institutions like Yale (Introduction to Psychology), UC Santa Cruz (Feminism and Social Justice) and JNU ('In the event of Women’: Teaching East to East, South to South’ and 'Two Karl Marxs are better than one: Capitalism, Crisis and Critique’). She is a member of IAWS (Indian Association of Women Studies). She is also a member of IACSS (Inter-Asia Cultural Studies Society) under which she has presented a paper in Silliman University, Philippines on ‘Memes' in 2019 and been part of the Summer school on ‘Cinema and City’ in Jadavpur University, Kolkata in 2018.

In recent years, she has presented papers in National (Guwahati University, 2014) and International conferences (University of Warwick, 2019 {received travel grant} and University of West of Scotland, 2016). She received a grant from Wikipedia to hold an edit-a-thon (in collaboration with Heritage Labs) to celebrate 'Women's history month' in 2019. In the same year she also received grant from 'Equality Labs' during their celebration of Dalit History month.

She has also been part of the Department of English, Delhi University Curriculum Committee (Convenor & member) and Examination Paper Setting Committee. She is convenor of ‘Celluloid'- Miranda House Film Society (2016-2020) and under whom society has won several awards in film-making competitions. Under her guidance, Celluloid has also started their Annual Film/Film-making festival ‘Chalchitra’.

She can be contacted at Gorvika@mirandahouse.ac.in 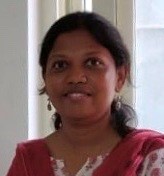