Dr. Janaki Subramanyan graduated from Daulat Ram College, University of Delhi, in 1978. She did her M.Sc., M.Phil. and Ph.D. from the Department of Botany, University of Delhi. Subsequently, she moved on to the Publications and Information Division of the ICAR, New Delhi, as a Subeditor (English). Dr. Subramanyan joined Miranda House in 1991 and has been teaching courses on biology, cell biology, cell and molecular biology, genetics and biotechnology, analytical techniques in plant sciences, plant physiology, and plant metabolism. She has been associated with the D.S. Kothari Centre in the college as a mentor for summer interns, INSPIRE and other workshops as a resource person, DU Innovation Projects as a project investigator, and DBT Star College Scheme as a department coordinator, She has fourteen research publications, fourteen poster presentations, seven popular articles, and two book reviews to her credit. 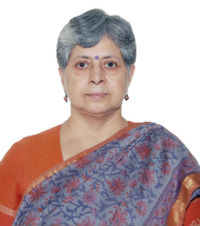 Dr.Madhu Bajaj received her education from University of Delhi with B.Sc. from S.G.T.B. Khalsa College in 1980 followed by B.Ed from Department of Education (C.I.E.) in 1981. She completed her post-graduation in 1983 followed by Ph.D. with specialization in reproductive biology of higher plants in 1989 from Department of Botany, University of Delhi. She was a CSIR Research Associate at the Department of Botany for one year and was appointed as ad-hoc Lecturer in the Department of Botany during the academic session 1990-91. Since 1991, she has been teaching courses on plant physiology, plant metabolism, cell biology, cell and molecular biology, genetics, plant anatomy, and plant biotechnology at Miranda House. She has five research publications in journals of repute.

Dr. Saloni Bahri graduated from Daulat Ram College, University of Delhi, in 1992. She secured first position and was awarded the Best All Round Outgoing Student Award. She got National Scholarship for two years (1992-1994). She completed her M.Sc. in 1994 and Ph.D. in 2000 with specialization in Plant Tissue Culture from the Department of Botany, University of Delhi. She is currently Assistant Professor in Botany at Miranda House, University of Delhi, and has been teaching courses on reproductive biology of angiosperms, microbiology, cell biology, plant metabolism, economic botany, plant biodiversity, and biology. She was a project investigator in three DU Innovation Projects and one DU Star Innovation Project. She has been a facilitator and mentor at the summer workshops organized under the aegis of the DSKC, Miranda House. She is a department coordinator for DBT Star College Scheme. She has been a resource person for several workshops including those organized for INSPIRE, DU Innovation Projects and others. She has presented posters and papers in many National and International conferences and symposia. She has authored and co-authored many chapters in books and papers in journals. She has also contributed to the development of e-content for NCERT text books on Biology. 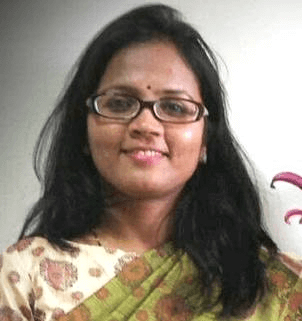 Dr. Rashmi Shakya has been teaching in Department of Botany, Miranda House since 2006. She obtained her Ph.D. from the University of Delhi in 2008. She received fellowship from University of Delhi in 2012 to pursue M.Sc. in Systems and Synthetic Biology from University of Edinburgh, U.K. She undertook advanced training in proteomics at Kinetic Parameter Facility (KPF), SynthSys at University of Edinburgh during 2013. She has received international travel grants from University Grants Commission and Indian National Science Academy, New Delhi to present her research work abroad. She has five research articles published in peer reviewed journals. She has contributed four book chapters in the book ‘Plant Physiology, Development and Metabolism’ published by Springer. She has also published one book chapter on floral biology of Sunflower. She has also contributed e-lessons for the National Mission on Education through Information and Communication Technology (NMEICT) project sponsored by MHRD for virtual learning Environment platform of Institute of Life Long Learning (ILLL), University of Delhi. She has been coordinating an add-on course on ‘Bioinformatics and in silico drug designing’ and a short-term online course on ‘Bioinformatics: An introduction for beginners’. She teaches bioinformatics, reproductive biology of angiosperms, plant physiology, biodiversity papers to the undergraduate students. 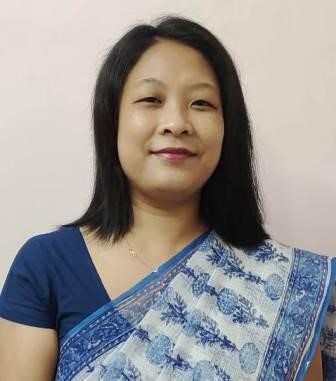 Dr. Elangbam Geetanjali has been a student of Miranda House during B.Sc.(2004) and M.Sc.(2006). She was awarded ‘Science Meritorious Award’ in B.Sc. She obtained her Ph.D. (Botany) in 2013 from University of Delhi with specialization on ‘carbon sequestration by algae’. She then worked as an Assistant Professor (Ad-hoc) in Acharya Narendra Dev College, University of Delhi from 2012-13. Before joining the Department in 2015, she was working as a Scientist-B at Institute of Bioresources and Sustainable Development, an Autonomous Institute under Department of Biotechnology, Govt. of India, Takyelpat, Imphal, Manipur. Dr. Geetanjali has been teaching courses on Microbiology and Phycology, Mycology and Phytopathology, Biodiversity, Intellectual Property Rights and Biofertilizers. She had participated in several workshops, training programs and conferences. She was also the resource person for several workshops and associated with North-East Society of the college. She has five publications, nine poster presentations to her credit. 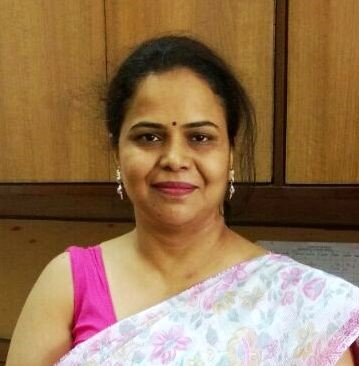 Dr Deepali has done her graduation, and post-graduation-, from Magadh University. She has completed Ph.D from Centre for Advance Study in Botany, Banaras Hindu University, Varanasi (2009). She has been a recipient of the UGC Junior Research Fellowship (2002) and Senior Research Fellowship (2005). She did Post-doctorate from Centre for Cellular and Molecular Biology, Hyderabad under a DBT Project (2009-2010). Her areas of interest cover Microbiology, Phycology and Biomolecules. She has nine research publications in journals of repute. She has completed two Innovation Projects SVC-102 (2013-2014) and SVC-209 (2014-2015) in Sri Venkateswara College, University of Delhi. She is Coordinator of B.Sc. Life Science (Prog.) from 2019-2021.

Dr Renuka Agrawal graduated from University of Delhi in 2000 with a B.Sc (Hons.) in Botany. She received her M.Sc in Botany from University of Delhi in 2002 and B.Ed. in 2004 from Department of Education (C.I.E.). Subsequently she received M.Phil. (2005), and Ph.D. (2011) in Botany with specialization in Molecular Biology and Molecular Cytogenetics. She has received CSIR Junior and Senior Research Fellowships during her Ph.D. She has four research publications in international journals of repute, one review article and one book chapter in Springer International to her credit. She was invited by Tottori University, Japan as a Visiting Researcher (2008-2009). She has joined the Department of Botany in July 2010.

Dr. Sinha Roy graduated from Gargi College in 1992 with B.Sc. (Hons.) in Botany and subsequently did her M.Sc. and Ph.D. from Department of Botany, University of Delhi. Towards her Ph.D. dissertation Dr. Sinha Roy investigated root biology of grasses and worked extensively on the biochemical properties of root mucilages, particularly of species in the arid region. In 2002, Dr Sinha Roy joined the Department of Biochemistry at Meharry Medical College, Nashville, TN, USA for her postdoctoral work. She has worked extensively on effect of pollutants on lung and breast cancer development with focus on membrane phospholipid biosynthesis and vitamin A metabolism. Before coming back to India, Dr Sinha Roy worked as senior postdoctoral fellow at the Johns Hopkins University, Baltimore, Maryland, USA. She has twelve peer-reviewed research publications and two book chapters. She joined Miranda House in January 2014.

Dr Neetu Chaudhary holds double M.Sc. degree in Biotechnology and Botany. She completed her Ph.D. from Department of Plant molecular Biology, University of Delhi in 2009 with specialization in Molecular Biology and Biotechnology. She is recipient of CSIR Junior Research Fellowship (2003-2005) and Senior Research Fellowship (2005-2008). She has three research articles in International Journals of repute, one review article, one book chapter and three e-chapters to her credit. She worked as an ad-hoc Lecturer in Acharya Narendra Dev College, University of Delhi from 2009-15 and has been associated with Miranda House since 2016. She has mentored students in summer internships under D.S. Kothari Centre, and has also been a resource person in INSPIRE and other workshops. She has been teaching courses on biodiversity, cell biology, economic botany, plant anatomy, plant metabolism and Industrial Microbiology.