Dr. Shashi Aggarawal completed her Ph.D. in the field of Multi-Objective Programming and has 16 publications in reputed National and International Journals. Her area of interest in research is the field of Multi-Objective Programming under the Fuzzy environment, Intuitionist fuzzy environment, having bilinear functions, non-smooth and inverse vector optimization problems. She has authored two chapters in a book for undergraduates. She has also been associated with ILLL (DU) to prepare question banks. She has been associated with DU to prepare syllabi of different courses at Honors and Programme at undergraduate level. She is also a computer proficient and organized many workshops for college faculty. 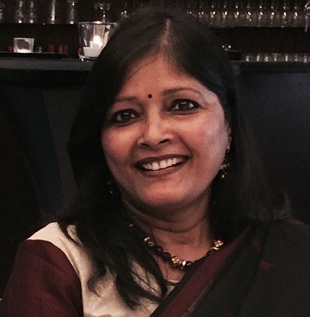 Her research interests are mainly in the field of Optimization of NonLinear Vector Optimization Problems (VOP), Variational Inequality (VI) etc. She worked on diverse set of problems like establishing the Optimality and Duality aspects and the Well posed ness of the above Problems. She has published 26 research papers in various national and International Journals of repute. Her recent work focuses on set optimization and vector optimization where the focus is on obtaining, amongst other, the well posed ness and the characterization of the solutions set of these problems. So far she has guided two students for M.Phil. degree program and two students for Ph.D. degree program of Mathematics in Delhi University, who have already been awarded the degrees. Currently there are two students who are registered under her supervision for Ph.D. Program in Mathematics from Department of Mathematics, Delhi University.

She has been the external Examiner of Ph.D. students of Mathematics registered in different Indian universities. She has also reviewed few research papers from time to time. She chaired sessions in many conferences organized by the department of Mathematics Delhi University and has also delivered lectures as a resource person in various institutions like IIT Dhanbad, Jharkhand, IIM Ahmedabad, Gujrat etc.

She is life member of ORSI (Operational Research Society of India).

Dr. Sunila Sharma did her Ph.D. in area "Optimization over Cones". She was a University topper in M.A. / M.Sc. (Mathematics) and has 5(five) Gold Medals to her credit. She has received the Junior Research Fellowship by U.G.C. and has 19 (Nineteen) publications in National and International Journals. Two research candidates have earned Ph.D. Degree under her supervision and one has submitted her thesis for the award of Ph.D. degree. She has also participated and presented papers at various national and international conferences.

Dr. Ritu Gupta is an alumnus of Miranda House. She is doctorate and has 4 publications in National and International Journals. Her area of interest is Fuzzy and Goal Programming approaches for solving Multi-Objective Programming and Multi-Level Programming. She has also participated and presented papers at various national and international conferences. She was awarded S.C. Memorial scholarship in M.Sc. She has received the Junior Research Fellowship by U.G.C.

Dr. Meetu Bhatia Grover graduated in 1998 and completed her M.Sc. in 2000 from Miranda House, University of Delhi. She secured first position in M.Sc (F) in the college. She completed her M.Phil. and Ph.D. with specialization in Multiobjective Optimization from the Department of Mathematics, University of Delhi. She had been a Scholarship holder from The National Board of Higher Mathematics (NBHM) during M.Sc. for a period of two years (1998-2000). Dr. Meetu has published 12 research papers in various international academic Journals of repute and has participated in various workshops and presented papers at different international conferences. She was a project investigator in two DU Innovation Projects and was the co-investigator of a UGC minor research project. She has been a facilitator and mentor at the summer workshops organized under the aegis of the D.S. Kothari Centre for Research and Innovation in Science Education in the college and has also been associated with INSPIRE. 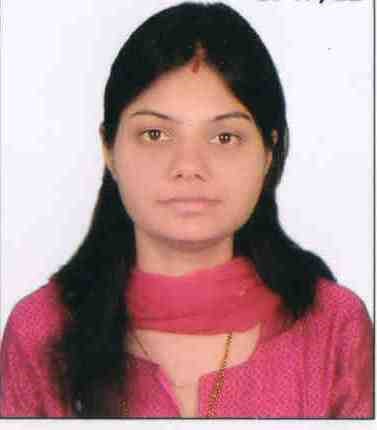 Ms. Bhawna Bansal Gupta is an alumnus of Miranda House. She is a Gold Medallist at post graduate level and also a recipient of prestigious National Board of Higher Mathematics (NBHM) Scholarship for post graduate studies in Mathematics. She did her M.Phil in Mathematics from University of Delhi in 2009. Ms. Gupta joined Miranda House in 2009. She had been associated with the D.S. Kothari Centre in the college as a mentor for summer interns. Bhawna has attended various National and International conferences/workshops and has also developed curricular e-resource material for undergraduate students. She is currently pursuing her Ph.D from Department of Mathematics, University of Delhi. 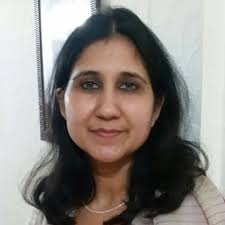 Dr. Daulti Verma completed her PhD in Functional Analysis from Delhi University. The title of her thesis is "Weighted Mean Inequalities In certain Banach function spaces “. She was awarded Post Graduate scholarship in Masters. She was one of the University Ranker in 3rd year in B.A(H)Math. She has 4 publications in reputed International journals. She has participated in National and International Conferences and also organized many workshops in the college. She worked as an Academic fellow at Imperial college London and Queen Mary University of London, UK. She is a member of Research group in Mathematical Inequalities and Applications of Australia (RGMIA) and The Indian Mathematics Consortium(TIMC). She is also a member of Intercontinental research group on noncommutative phase space analysis stemming from Imperial College London.

Ms. Apeksha was University topper in B.Sc. and M.Sc. and received 5 gold medals at graduation and post graduation.She qualified GATE and Joint UGC Test for Junior research fellowship and NET. She has attended various National and International conferences/workshops and faculty development programs. She is currently pursuing her Ph.D in Harmonic Analysis from Department of Mathematics, University of Delhi. 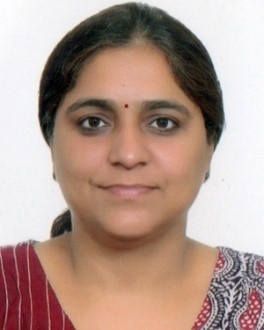 Ms. Monika Arora has submitted her Ph.D. thesis to the University of Delhi and awaiting her viva-voce. Her area of research is Celestial Mechanics and particularly the restricted four-body problem. She has four research papers to her credit which are all published in Journals of International repute with good impact factor. She has participated in various National and International conferences and presented her research work. She had been a meritorious student throughout her education. She was a recipient of the special Sharda Trivedi Scholarship throughout Graduation and S.C.Malik special award for meritorious students in Mathematics. She was very active in organizing and participating in debates.

Dr. Jyoti Talwar received her PhD degree from Dept of Mathematics, University of Delhi, on 'Alternating Group Explicit Methods for the solution of Non-linear Differential Equations' in the year 2015. Her area of interest in research is Numerical Methods for the solution of Differential Equations. She has done M.Sc. from IIT Delhi. She was awarded the Junior Research Fellowship and Senior Research Fellowship by CSIR, U.G.C. and has published 15 research papers in various international academic Journals of repute. Dr. Jyoti has participated in various workshops and presented papers at different international conferences. 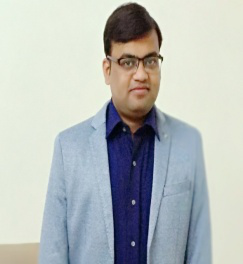 Dr. Durvesh Kumar Verma completed his Master’s in 2008 from Banaras Hindu University and Ph.D. in 2014 from IIT Roorkee in the area of Approximation Theory. He has published 13 papers in reputed National and International Journals. His area of interest in research is approximation theory, quantum calculus and approximation in complex plane. He has also participated and presented papers various conferences in India and abroad.

Mr. Bikram Singh completed his Bachelor's in 2005 and Master's in 2007 from Government College, Hoshiarpur, Punjab. Thereafter, he studied at the Department of Mathematics, University of Delhi and earned his M.Phil. in 2009, in the field of Complex Analysis. He has qualified NET exam conducted by UGC-CSIR. He has been teaching at Miranda House since 1st March, 2016. 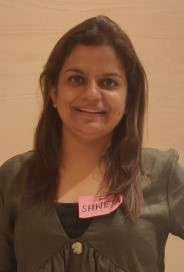 Dr. Shweta Gandhi joined the Department of Mathematics at Miranda House, Delhi in 2014. She graduated for Bachelors and Master’s degree in Mathematics from Miranda House and St. Stephens College respectively, University of Delhi. She was college topper and held fourth rank in university during her graduation. She was awarded Kasturba memorial prize, Urmila Sharma memorial prize, Seema Bhasin medal, Smt Prem Gulati memorial prize for securing first position throughout her graduation. She completed her M.Phil. and Ph.D. with specialization in Non Commutative Algebra and Geometric function theory from the Department of Mathematics, University of Delhi. She is also a member of ‘The Mathematics Consortium’. She has developed e-Lesson and the same has been uploaded on ILLL Portal. She has been a mentor at the summer workshops organized under the aegis of the D.S. Kothari Centre for Research and Innovation in Science Education in the college and has also been associated with INSPIRE. She was also invited as a judge in schools for various Mathematics events. She has also attended a training offered by the Spoken Tutorial Project, IIT Bombay, funded by the National Mission on Education through ICT, MHRD, Govt. of India to develop various skills. 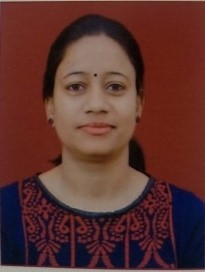 Dr. Rekha Gupta obtained her Ph.d. degree from Department of Mathematics, University of Delhi in 2016. Her area of specialization in research is optimality and duality in nonsmooth multiobjective programming. She has six publications in various journals of national and international repute. She participated in many workshops and presented papers in various national and international conferences. She has also qualified the junior research fellowship test jointly conducted by CSIR and UGC. 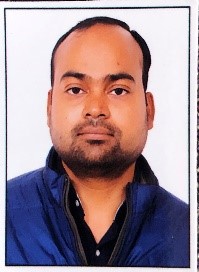 Mr. Naveen Gupta Completed his M.Phil. in the area of complex analysis and is pursuing Ph.D. in the same field. He was college topper, throughout his graduation, post-graduation and he also secured university rank in post-graduation. He has participated in various conferences, workshops. His research area involves function theory of one and several complex variables. 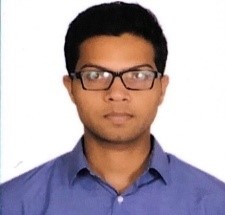 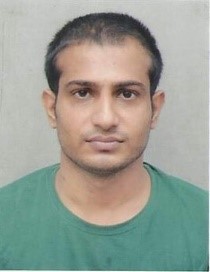 Manoj Rawal is an alumnus of St. Stephen's College ,University of Delhi. He holds both BA (Hons.) Mathematics and MA Mathematics degrees from University of Delhi .He has qualified IIT-GATE and CSIR/UGC JRF .He has been selected as an Assistant Professor by Haryana Public Commission Service (HPSC) in 2018.He was also awarded "Haryana Gaurav Award" in 2015 for his academic and social work. He has been teaching since 2016

Mohd Sarik Idrisi holds B.Sc, M.Sc and M.Phil Degrees in Mathematics. He received gold medal for securing the highest marks in the post graduate examinations from University of Lucknow in 2012. He has completed his M.Phil with the topic “Total Graph of Commutative Ring” from Department of Mathematics, University of Delhi in 2016. He has qualified NET Exam conducted by UGC-CSIR and also cleared Gate Exam. Currently, he is pursuing Ph.D in the topic “Design and Analysis of Secure Cryptographics Schemes” in Cryptography from Department of Mathematics, University of Delhi.