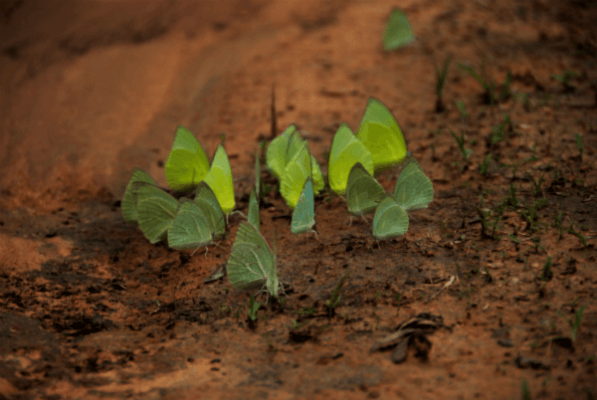 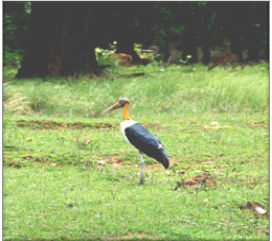 Zoology provides a deep understanding of the structure, behaviour and evolution of animals by using molecular and systems biology approach. It has wide applications in environment, industry, pharmacology, forensic as well as clinical sciences. The Department runs two add-on courses Medical Biotechnology, and Bioinformatics and in silico Medicine which introduce students to the current concepts, practices and goals of the respective disciplines. Interested students can also do in-house research projects at the DS Kothari Centre for Research and Innovation in Science Education being run at the college. The Department Society Synapse organizes a number of academic activities such as lectures by esteemed scientists, debates, quizzes and visits to various institutions, Zoological parks and other sites. The Society also publishes its annual magazine Evolvere The unfolding, which incorporates creatively written articles from students and teachers. The Department also receives grants under DBT State College Scheme and is involved with University of Delhi Innovation and Star Innovation Projects. Faculty has research grants from various funding agencies such as DST, DBT, ICMR and UGC. During the past five years, a total funding of three crores has been received by the department for doing research.

In recent years, the study of both Core and Applied Zoology has evoked world-wide interest in students, researchers and the industry. The knowledge of animal form and function finds applications in myriads of exciting and innovative ways. From measures to conserve biodiversity, formulate ecological safeguards, apply biotechnology, bioinformatics and conformational biology to the biomedical and pharmaceutical sciences, improve the industries of dairy, poultry, sericulture and aquaculture, to the design of exploratory vehicles for other planets and the "mouse" you are clicking....the horizons of Zoology are expanding continuously.

The revision of the Zoology Honours Course and restructuring of the B.Sc. Life Sciences programmes have been aimed at enabling students to acquire the out-of-the-box thinking and technical skills that are needed to excel in today' multi-faceted science of Zoology. 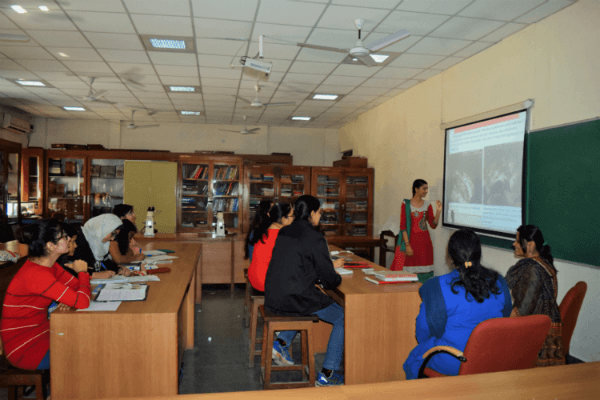 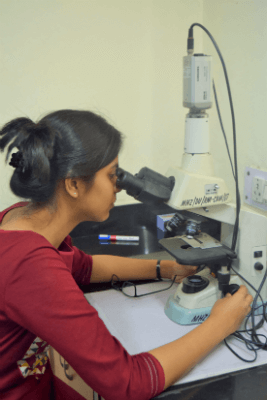 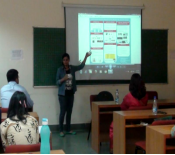 Department has adopted blended teaching learning approach along with the implementation of several innovative teaching-learning strategies. E-Museum has been created by digitization of specimens, histological section and cell Biology slides through imaging system. Usage of web portal and online as well as offline software is an integral part of the curriculum e.g. Phylip, Primer, MEGA, BLAST and Clustal W. Active learning strategies such as peer review, group discussions, book reviews, paper presentations, assignments and E-posters are emphasized. Learning in the field is accomplished through field based research projects on topics like environmental microbiology and Limnology. Educational excursions to conservation sites in Delhi and NCR such as Aravali Biodiversity Park, Yamuna Biodiversity Park and National Zoological Park, is an integral part of student's learning regime. Motivational Talks are organized under various student enrichment programmes to facilitate interaction of students with eminent scientists. Students are also encouraged to attend special lecture series such as Cell Press-TNQ India Distinguished Lecture series. Every year, Bridge Course on Laboratory Instrumentation: Principle, Usage and Applications, is organized for first year students to acquaint them with the instruments, techniques and bio-safety protocols to be followed in the lab. 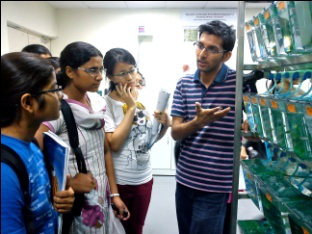 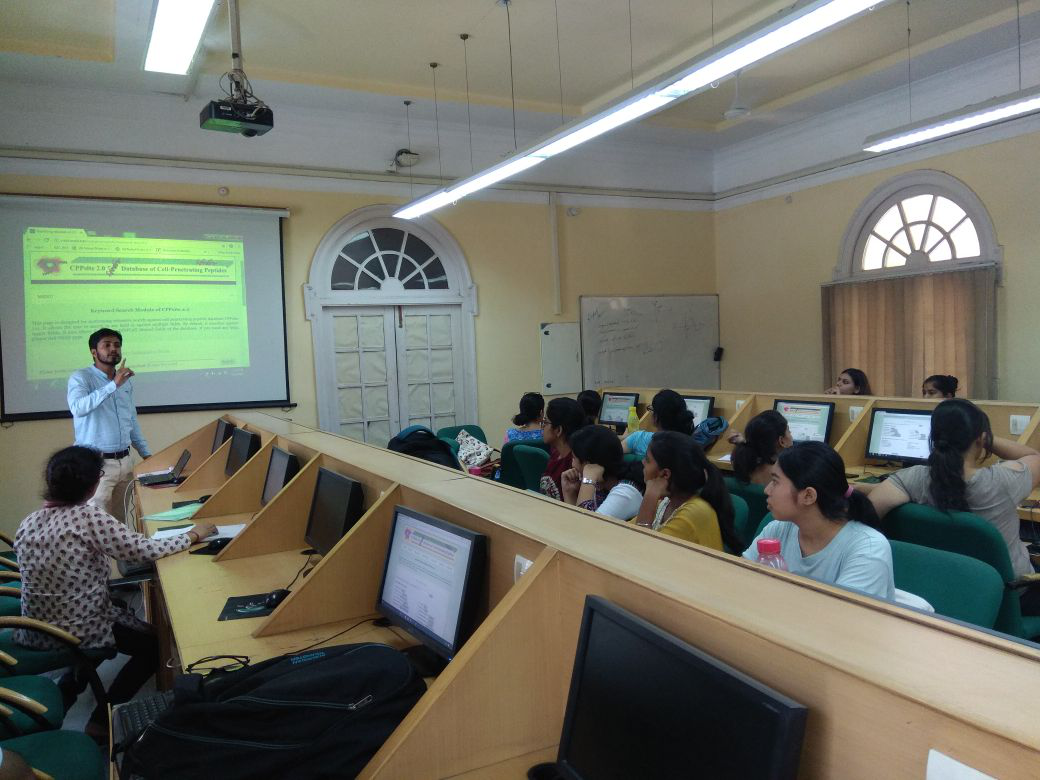 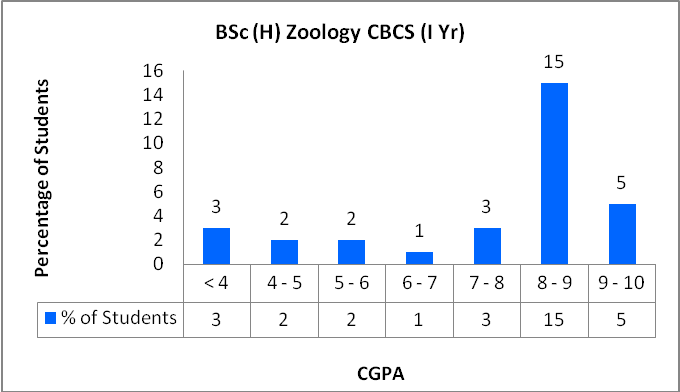 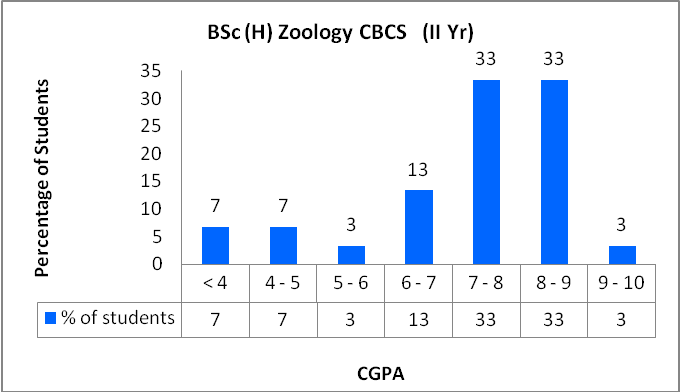 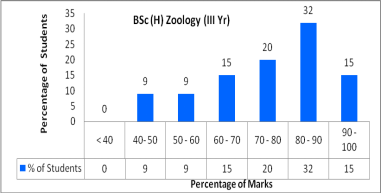 Faculty of Department of Zoology has received several awards and recognition both at the national as well as international forums.

Students of Zoology from Miranda House have continued higher studies and research in prestigious Indian institutions like NCBS, NII, IGEB, ACBR, IISc, IIT, AIIMS, DU and Biocon Labs, and in Universities abroad. Department alumni include lecturers in Colleges of Delhi University and teachers in top Delhi Schools. The basic discipline, confidence and training that the students have acquired here, has also enabled a significant number to successfully diversify into Pharma and Healthcare services, Anthropology, IAS/IFS, MBA, print and audio-visual Media, and Law.